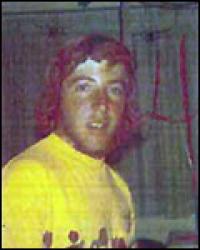 Mr. Gatti was last seen on July 13, 1974. He had been driven to the San Juan Hot Springs area off of the Ortega Highway by family members and dropped off. He is an avid hiker and enjoys living in the wilderness. He planned to live off the land in the Cleveland National Forest. He was last seen wearing a white t-shirt, cut-off cords, white Yamaha jacket, and tan work boots. He had a .22 caliber Smith and Wesson revolver and a sleeping bag in his possession. According to the Gatti's family he was in a depressed mood and was over concerned with the environment. They believed he would only be camping for a couple weeks but after not contacting anyone for several months they became concerned and decided to report him missing.