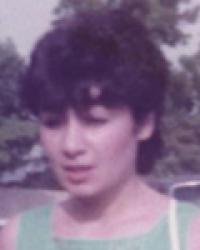 On June 20, 1984, Ms. Nahid Nassabi Azarian was reported as a missing person by a friend and coworker after she was unable to be contacted by telephone and failing to show up for work. Out of concern for Nahid, the co-worker proceeded to Nahid’s apartment to check on her wellbeing. When she arrived at Nahid’s residence she discovered that the front door was unlocked and the apartment appeared to be in disarray. Alarmed at this discovery the co-worker reported the incident to authorities. At the time of her disappearance Ms. Azarian was separated from her husband and lived in the city of El Toro, California (now known as Lake Forest) with her young son and daughter who were subsequently sent by their father to Colombia, South America the day after their mother’s disappearance. Nahid has not been seen or heard from since. At the time of her disappearance Nahid was employed at a clothing store within the Laguna Hills Mall located in Laguna Hills, California.