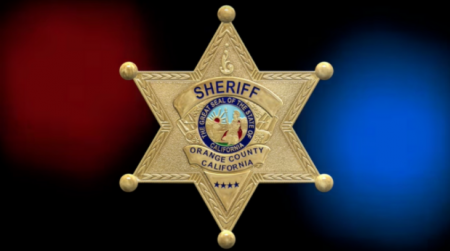 An attempted traffic stop led to a multi-city pursuit ending with the arrest of two suspects who were driving an unreported stolen vehicle.

At about 7 p.m. on Thursday, Jan. 28, deputies attempted to stop a vehicle in the area of San Juan Creek and Valle roads in the city of San Juan Capistrano.

The driver failed to yield, leading the deputies on a pursuit. The driver entered the 5 freeway northbound and exited in the city of Mission Viejo, driving for several miles before pulling into a neighborhood and exiting the vehicle.

The suspects attempted to run and jumped into the backyard of a residence at the 22000 block of Calle Azorin, but deputies were able to quickly detain them.

Christopher Dalessandri, 28, was arrested on suspicion of three felonies; wanton disregard for safety, receiving a stolen vehicle and resisting arrest, and three drug-related misdemeanors. He is being held on $50,000 bail and is expected to appear in court of Feb. 1.

Danielle Castillo, 28, was arrested on suspicion of felony resisting arresting and receiving a stolen vehicle, and three misdemeanor drug charges. She is being held on $20,000 bail and is expected to appear in court Feb. 1.