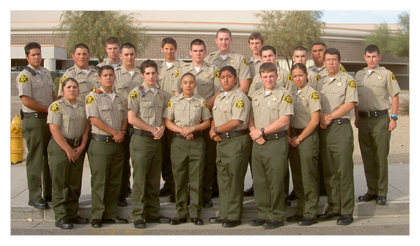 Explorer Post 449 would like to thank the following Sheriff's personnel for their assistance with the finances, training, travel arrangements and equipment necessary for this competition.

Explorer Post 449 would like to thank the Oakley Corporation for letting the Explorers train in their warehouse in Foothill Ranch. We would especially like to thank Vance Loman (Director of Legal/Security, Don Porter (Security Manager) and Adam Shuck (Security Lead) of Oakley for arranging the use of the facility.